As I ponder this last year one thing stands out more than anything else. The year of 2012 will be know as the year WordPress grew up.

WordPress didn’t just become a big kid, it became a major player in the world of website design. This realization makes me incredibly exited to see what the year of 2013 will bring for the entire WordPress community.

If you’re not personally drinking the WordPress kool-aid already, you might be thinking I’m just pushing what I know and sell. Not true. There have been measurable changes within our community and with the way the world views WordPress and the community that supports it.

Ten Signs That 2012 Was the Year of WordPress

At PressNomics the WordPress folks dropped the data nugget of 17%.  They didn’t just mention it once, but a number of times. Why? Because 17% is impressive and it is a huge jump from the 11% of websites that WordPress ran in 2011. The fact that WordPress is used by 17% of the top websites (yes not just blogs) shows that is a powerful force. The numbers show substantial growth and it shows the software is capable of being so much more than a simple blog.

2. Big brands not only acknowledge WordPress, they are all starting to actively use WordPress.

Noteworthy brands and large corporations are now using WordPress for everything from blogs or full blown websites. From ESPN and SAP to CNN and Ford, organizations of every size are realizing that WordPress is powerful. We personally launched a WordPress website for Michigan State University and we know they have more planned in the future.

3. Matt Mullenweg was just named 30 Under 30 by Forbes magazine.

As the founding developer of WordPress, you might not be overly impressed. But when you realize Matt was just a pup at the time of WordPress’ creation, it makes the award and article exceptionally cool. Automattic’s sites reach over half a billion people every month, which make it one of the largest websites with the smallest team in the world. Yep, I thought that was pretty slick and obviously Forbes did too.

4. Premium plugins are growing by leaps and bounds.

When I first starting using WordPress the idea of paying for a plugin was unimaginable. Now my favorite plugins are almost all premium plugins. I think they are worth their weight in gold and I’d pay a lot more for the plugin than I did. I don’t just search for free plugins, I now search for both free and premium at the same time and I don’t even realize I’m doing it.

5. Premium themes are an ecosystem unto themselves.

The market of premium WordPress themes has grown exponentially. Theme developers (us included) are coming out of the woodwork because they realize WordPress.org software users will pay good money for premium themes and support.  I was slow to accept the idea of us developing themes for sale, but I’m glad I did because the decision was very good for our company and our revenue stream.

Newer WordPress users understand the value of an actual purchase and the danger of simply snatching up a free theme. If you’re blogging about your dog, free themes are fine. If you’re setting up your company website, premium themes are the only way to go.

6. Frameworks are no longer an option; they’ve become a high demand item.

We jumped on the Genesis Framework quickly and at first I had to argue with people and spend ten minutes explaining why we used it for developing custom WordPress themes. Now people come to me with Genesis in mind and they are only looking at Genesis developers. That is powerful swift in mindset and that tells me a lot about the future of WordPress.

7. e-Commerce in WordPress is becoming more and more mainstream.

When I first found my way to WordPress, e-commerce was a mess. After trying an e-commerce plugin on one insane website build, I ran from it at every possible opportunity. I refused to work with anything that merged WordPress and e-commerce.

Then came along WooCommerce and I saw a different world. WooCommerce and all it’s extensions (aka premium plugins) changed my mind. WooThemes knows the value of this plugin and they are “doubling down” on development. After using it for months myself, I no longer fear e-commerce. Instead I look forward to what Adii and his team will pump out with their major upgrade in January.

Folks like WP-Engine are pushing their wears on WordPress users and the oodles of consulting companies that work with WordPress. They are creating offerings that make it easy to jump into WordPress and grow with it over time.

9. WordPress events are maturing and conferences are going beyond WordCamp.

This fall marked the dawn of PressNomics, which was a conference dedicated to the business side of the WordPress community. Custom developers, theme shops, plugin developers, security firms, and hosting companies all gathered to converse, learn, and mingle. I traveled across the country to attend this event and I’ll go every year if my schedule allows.

The conference was a reminder that we are an ecosystem and a hub of ingenuity, heart, and revenue generation all wrapped up into one.  It was a reminder that WordPress isn’t about a college kid coding in his mom’s basement. It is a world where geeks are cool, they make six figure plus incomes, and they buy really cool WordPress tattoos to show off their passion.

10. Propsects no longer come to me with “I think WordPress is a possible solution”, they come to me saying “I must have WordPress as my solution”.

That may seem trivial, but looking back at 2012 I realize it was a major shift that occurred sometime over the summer months. People I talked to were considering WordPress and I would do my best to firm up the idea that WordPress was the answer. People now already know that WordPress is the only acceptable solution and they’re just vetting out the developers to make sure they grab the best one possible.

WordPress is the King of OpenSource

I’ve always been open with the fact that I founded Web Savvy Marketing with the plan to support both Joomla and WordPress. I quickly (thank the Lord) realized WordPress was the right path and I dumped Joomla. I’m so thankful I did and the year of 2012 only solidified this decision.

All kidding aside, Web Savvy Marketing’s bookings are up about 90% from 2011. I no longer wonder where the next client will come from and if we’ll be able to make payroll. Instead I wonder if I need to hire more people or if I should hand a prospect off to another WordPress developer because we’re booked solid.

Why are we booked solid? Well it isn’t because I’m the queen of the sales pitch or because we’re the best WordPress developers on the planet. Far from it actually. It is because we jumped on the WordPress bandwagon early and we hitched a ride on Genesis along the way.  We saw the future and we knew the path of WordPress was the only acceptable route for our company.

This has been an amazing year for us and I can attribute it all to WordPress. I close this year with a grateful heart and excitement for the new one about to arrive. 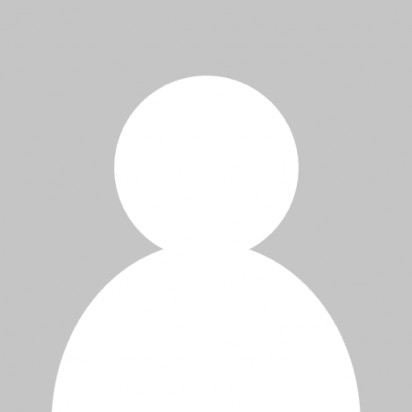 Did you try a DIY website audit checklist, only to find you missed the important items that would truly influence your SEO, traffic, and revenue? What you really need is a professional website audit to keep your website and SEO healthy. END_OF_DOCUMENT_TOKEN_TO_BE_REPLACED

Learn what SEO is and why it matters to your website or blog. Download the free eBook and start your SEO journey. END_OF_DOCUMENT_TOKEN_TO_BE_REPLACED

We'd love to help you create something amazing.
Reach out to us and tell us about your vision. END_OF_DOCUMENT_TOKEN_TO_BE_REPLACED